A downloadable fine day for fishin' for Windows

EARL'S DAY OFF (DEMO) is a retro-inspired 3D fishing horror game inspired by arcade bass fishing games from the 90s. It was created as part of the Fishing Horror Jam presented by Horror You Haven't Played.

This demo is a collaboration between Airdorf and Torple Dook. BE ADVISED this is a game jam demo created over the period of less than a month. There is MUCH MORE to come so please be patient if it seems buggy or unfinished!

STORY
"I barely remember last night... but I guess I lost my wedding ring in the lake. 'Don't come back until you find it', she says. It's probably in some fish's gut by now. Ah well, at least I have an excuse to do some fishin'. Hell of a way to spend my day off."

CHECK OUT AIRDORF'S OTHER GAMES: 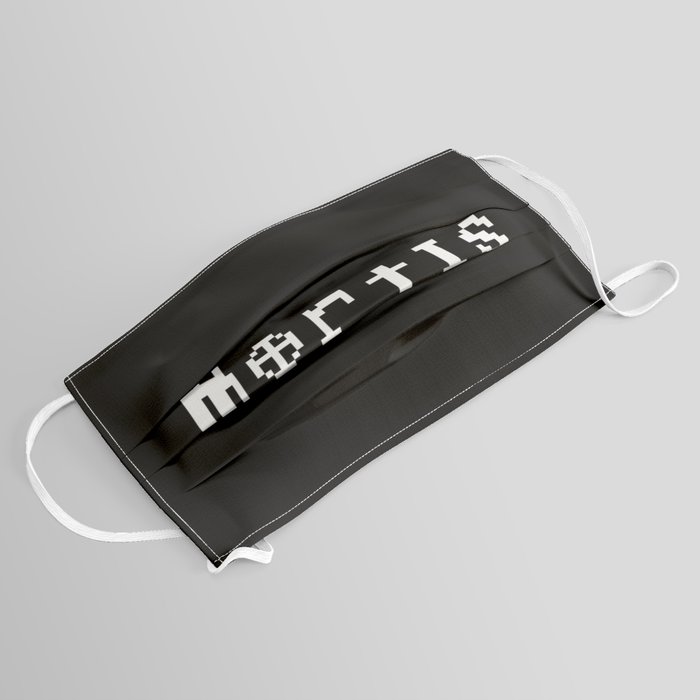 👇 GIVE US YOUR FEEDBACK/SUGGESTIONS IN THE COMMENTS BELOW! 👇

One of my favorite fishing horror games!  Amazing :)

GREAT work! Hope there will be a full version!

Awsome game dude I cant wait to see what the full release is like.

hi, big thx for the game. greetings from rosti 😘

I normally don't like fishing games, but I'm definitely warming up to them.  Glad I gave this one a try!

When is the funny Vargskelethor™ meme edition getting uploaded? 🤔 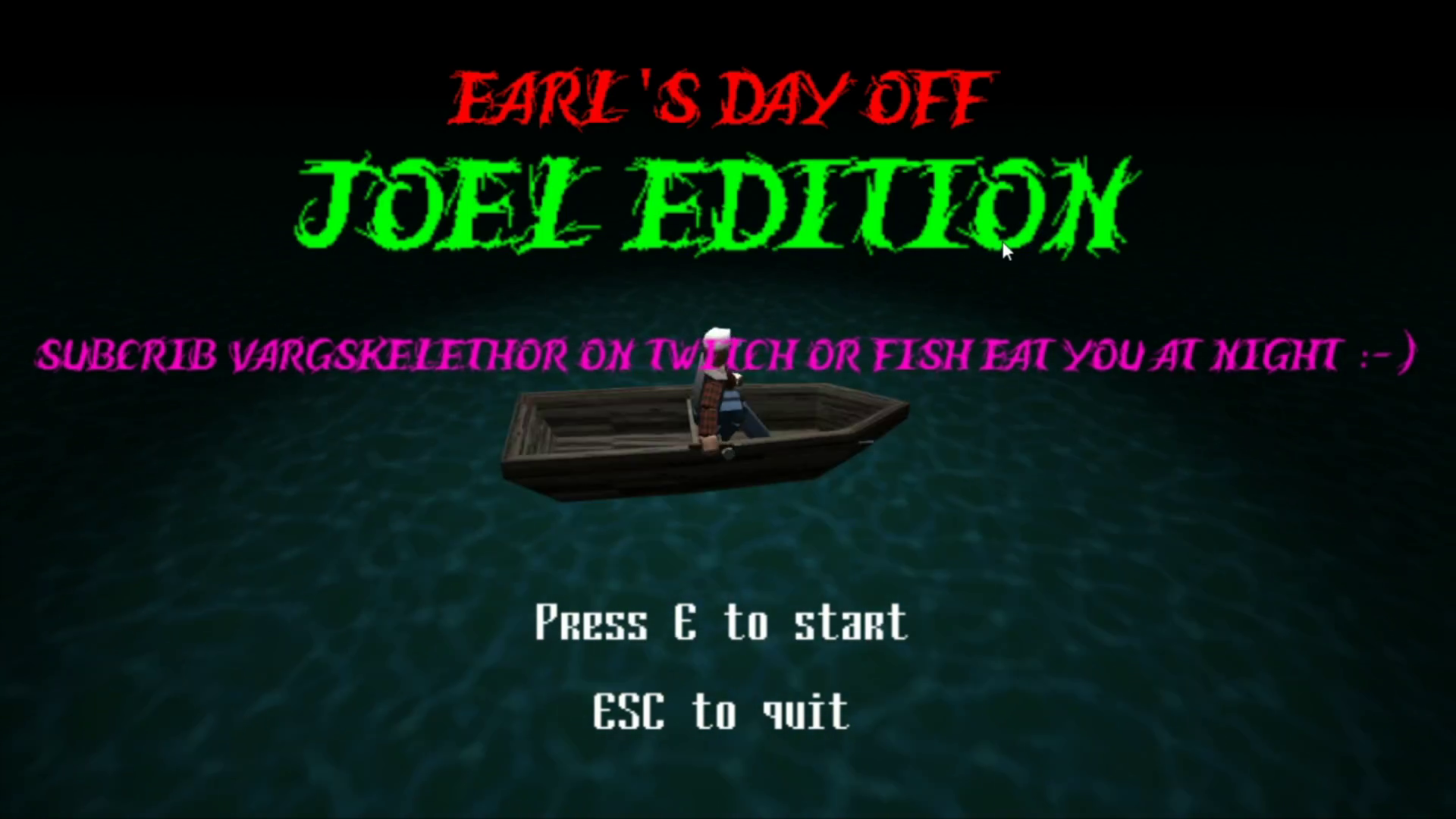 Hi! You need something heavy to weigh your lure down 👀

Reply
Winklebottoms The Third1 year ago

Reply
Winklebottoms The Third1 year ago

Just finished it! Glad I gave it another go.  I absolutely adore everything you and Torple Dook make.  Got all the Dread X and Ive had the Faith Demo since it released on steam.  You guys rock!  Cant wait to see more from you and TorpleDook.

Finally got around to playing this, and I'm glad I did. You have a great style, but it's your game ideas that I find the most compelling. Very creative stuff. Keep making games please!

A very creative concept and nice execution. Despite the bugs, it's still a chilling and intriguing experience. If you guys intend to turn it into a full game, just be careful with the mechanic so it doesn't end up being repetitive. Great work!

Recorded this a while ago, but it was definitely an interesting game! I definitely could see where it was going and what it could be doing with the horror. But I couldn't get the key onto my line though I touched it multiple times with the line. The only suggestion I have is to make the fishes more aware of its surroundings and they turn towards the line even if it's beside them or behind them rather than only ahead of them (again, it's been a while since I recorded it, so you might have updated it, if you have, sorry about that!) Other than that, it was really good as the story was progressing quite well with the fishes and the texts!

We need more fishing horror. It works oddly well. The anticipation of the hook being reeled up just about killed me. I played this for my Bloodcurdling Barrage in which I post daily videos for all of October.

Had a lot of fun with this, though I confess that first key drove me insane.

We had fun with this one :P Even if it was a little unclear what to do at first!

Thanks.
Reply
icallmyselfgrug2 years ago

Good concept but lackluster execution. Gets a pass because it was made for a game jam. It was to hard to see the fish from behind earls big head.

This was a cool concept for a game and I enjoyed It Even though I was Having trouble with aiming lol.

Great scary game. Only suggestion: I spent a long time trying to get the key before realizing what I had to do, so a small tip might be good.

The Earl´s Day Off DEMO looks great, and is a promising demo for Airdorf´s 3D debut.

I loved this! Please carry it forward.

I loved the lack of hints; it held a great balance of presenting what to do and forcing you to rely on exploring it yourself to find out how to get what you need. I really love the nostalgia and immersive ambience.

A fishing game taken to a more sinister dimension , it was very refreshing and the asthetics of the game are great using an N64 style rendering.The horror element is very mild and can appeal to many audiences , it was more creepy than outright terror and was designed well.

One flaw in the game is that there is no clue that you need to pick something up before being able to fish for the items you need to progress through the gates, maybe there could of been a line where if you try to go for said item and skim over the top of the item Earl could say " I see something shiny down there but my float is not heavy enough....maybe i need to fish for something first to weigh the float down" but this is just a suggestion.

Overall it was enjoyable to play and a good experience.

I really enjoyed this game.  I loved the faith series of game too.  The PS1 vibe was fun, and I was really starting to wonder why this game was in the horror section, until Earl started making remakes about the fish that were a little unsettling.

took a little fishin trip in the third games of terror!

I enjoyed the combination of fishing and horror. I liked the retro vibe and ambient sounds throughout the game. I was trying to catch the key for like 30 minutes and realized later that I needed something else lol Anyways, I enjoyed it a lot. I translated into Japanese verbally. Hopefully, more Japanese speakers can appreciate the game.

As per usual, me and my sister took a look!

Aside from the few little glitches that you've mentioned in the description this was an amazing game with a really cool and unique concept! I love the bleakness of the design as well, it was really effective.

(This is the third game on the video)

(I ran late on uploading the gameplay footage, sorry! D:)

A mini-review for starters before the gameplay video :D

So I liked what I saw and played, I loved the idea of a horror game involving going fishing. Definitely a new experience that I liked. Wish there was music though and a sound effect for the gates opening.

There were a few bugs/glitches I found, like the fish would unhook and get stuck on the surface for example. But since this a demo, I know it'll get buffed out later :)

A recommendation for the next update is to fix the hitboxes on the fish and maybe fix the AI a little bit or fix the range of where the fish would be able to detect the bait.

Either way though it was a fun game to play! Can't wait to try out the full game! :D

Hey thanks for your suggestions! And THANK YOU for playing! ^_^

Even better than expected, especially for a Game Jam game!I'm looking forward to seeing more 👍

Interesting game! I can't wait for the full version. This game has a lot potential. Keep up the good work. 👍👍👍

I Caught Me A Bass Baby! | Earl's Day Off (Fishing Horror Story)

oh it pisses ye off so much when the fish don't bite the bait. But overall its a fun game

I think it's more of a rage game then it is a horror game...

I like how the game went from relaxing to creepy -  cool concept combining fishing and horror. Nice game!

COME, CATCH FISH THE SIZE OF MAN haha From the title this game had me hype to play. Twas def a fun experience, but I'm left with one question: What happened to the wife??

It was actually refreshing playing a horror game that wasn't simply walking down a dark hallway with a flashlight.  This isn't a jump scare kind of horror game.. this is more of a "creepy story" kind of game.  The fishing is actually fun and I love the old school graphics.  Considering this was made quickly for a game jam, that is even more impressive.  Keep up the good work!  I have attached my game play video.  It is the final game in the video. Starts at 22:08. 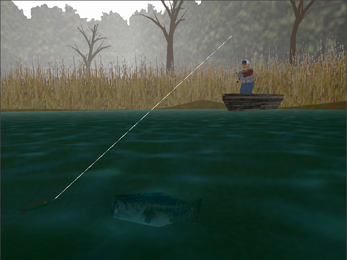 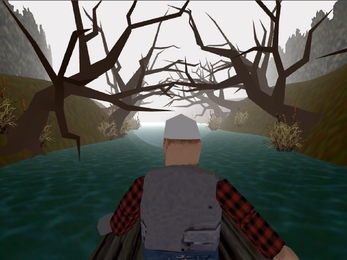 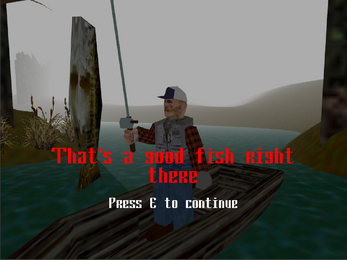 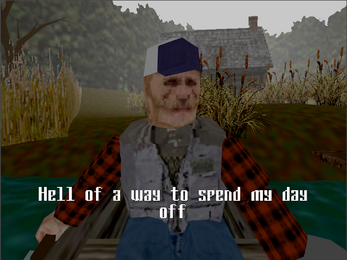 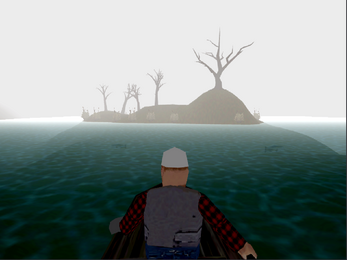